Can Neurofeedback really help build stronger focus and attention? Here’s what you need to know about this alternative ADHD treatment.

Cody Miller was diagnosed with attention deficit hyperactivity disorder (ADD ADHD) in first grade. While her behavior improved with medication, she experienced unacceptable side effects.

“I didn’t care about anything,” says Cody, now 14. Her parents stopped the meds, and Cody began behaving aggressively toward her parents, her friends, even her pets. Her mother turned to neurofeedback, an alternative ADHD treatment that uses brain exercises to reduce impulsivity and increase attentiveness.

After eight months of sessions, Cody’s grades improved and her aggressive behavior subsided. Two years later, Cody’s gains are holding. She uses a low dose of meds during the school year, and receives neurofeedback “tune ups” during stressful periods.

Every year parents, like Cody’s, and adults with ADHD seek out alternative therapies because medication has stopped working (or never worked), produces unwelcome side effects, or, most commonly, doesn’t manage all the symptoms of the condition. Approximately 10,000 children are currently receiving treatments in the U.S., according to Cynthia Kerson, executive director of the International Society for Neurofeedback and Research. Seventy-five to 80 percent of them have some type of attention deficit condition.

While sessions are brief (approximately 30 minutes) and painless, they are expensive. The average course of treatment can range from $2,000 to $5,000. One promising aspect of neurofeedback is that its benefits seem to remain after the treatment is ended. Vincent Monastra, Ph.D., founder of the FPI Attention Disorders Clinic in Endicott, New York, and author of Parenting Children with ADHD: 10 Lessons That Medicine Cannot Teach (American Psychological Association), conducted a year-long, uncontrolled study with 100 children who were taking medication, half of whom also received neurofeedback.

Monastra’s results indicate that “patients who did not receive the therapy lost most of the positive effects of treatment one week after they were taken off medication.” Those who combined medication with neurofeedback, he says, maintained their ability to control attention. In fact, says Monastra, who is a practitioner of neurofeedback and other therapies at his clinic, “after the year of neurofeedback therapy, some patients were able to reduce medication dosage by about 50 percent.”

Treatment Specifics
Neurofeedback is based on a simple principle. “The brain emits different types of waves, depending on whether we are in a focused state or day-dreaming,” explains Siegfried Othmer, Ph.D., chief scientist at the EEG Institute in Woodland Hills, California. The goal of neurofeedback is to teach the patient to produce the brain-wave patterns associated with focus. The result: Some symptoms of ADHD — impulsivity, distractibility, and acting out — diminish.

Here’s how the treatment is structured. After a practitioner takes a detailed history of the patient, he maps the patient’s brain. The patient dons a cap lined with electrodes and sits with his eyes closed for several minutes. He is then asked to perform a complex cognitive task, such as reading aloud. The results are shown as a color-coded map on a computer screen, indicating areas of the brain where there is too much or too little brain-wave activity — the sources, theoretically, of the patient’s ADHD symptoms. This digital map enables a person’s brain activity to be compared with other brain-wave patterns stored in databases — and can help fine-tune a treatment plan by delineating sites for the electrodes.

During treatment, the patient wears the same headgear while sitting in front of a video screen. His goal: to move the characters in a computer or video game (goals vary, depending on the protocol the practitioner uses) by producing short bursts of sustained brain-wave activity in those areas of the brain thought to be under-aroused. The software generating the game monitors and records brain activity. Loss of focus will cause the game to stop. It plays only when the patient exercises that portion of the brain that is deficient in focus.

Neurofeedback has its share of critics, many of whom have valid objections. Unlike medication, the therapy hasn’t been rigorously tested in large, double-blind studies. Some experts also claim that it isn’t clear from studies that have been done whether improvements in children are due to the therapy or to one-on-one time with a therapist. Another criticism is that, while neurofeedback may sharpen attention in some patients, it doesn’t always improve the other problems associated with ADHD.

While some experts admit that neurofeedback has promise, they believe that it should be used only in combination with medication. “If I had a child with ADHD, I might use neurofeedback as one part of the treatment regimen,” says David Rabiner, Ph.D., senior research scientist at Duke University’s Center for Child and Family Policy. “But I wouldn’t use it instead of other treatments that are better supported [by research].”

Some parents tried well-researched therapies first and found that they weren’t the total solution. Richard Kramer’s parents stopped his meds when the drugs didn’t control his impulsive behavior or his emotions. After Richard received nine months of neurofeedback, his teacher reports that he is now more focused and rarely gets frustrated. Recently, his national achievement test scores placed him two grade levels higher in both math and reading over last year. “For the first time in his life,” says his mom, “he feels good about himself.”

(Names have been changed to protect the child’s privacy.) 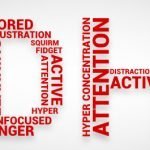 Goal Setting for Adults with ADHD: Be Your Own Life CoachADHD 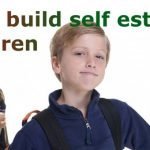 How to Boost Your Child’s Self-EsteemADHD, Parenting Advice