How to Boost Your Child’s Self-Esteem

Many kids with ADHD and learning disabilities also struggle with poor self-esteem. Here’s how parents can help.

When children feel good about themselves, everything goes a little easier for them and their parents. But poor self-esteem is a big problem for ADHD children–and an even bigger problem for the 50 percent or so of ADHD children who also have learning difficulties.

To feel good about themselves, children need two things: the sense that they’re successful, both socially and academically, and unconditional love from their parents. If either ingredient is missing, a child will have a hard time developing a sense of self-esteem.

A child might reveal his unhappiness by saying, “I hate my life” or “No one likes me” or “I’m just dumb.”

Does your child say or do things that suggest that he feels he isn’t “good enough” or is unworthy of love? Do her words or behavior suggest that she feels like a failure at school? That her peers aren’t especially fond of her, or that she is otherwise unsuccessful socially?

If so, sit down with your spouse and discuss why the two of you are having trouble being calm and affectionate. If it is because of your child’s hyperactivity, inattention, or impulsive behaviours, is his ADHD being properly treated?

If it is her poor performance at school and battles around homework, might she have undiagnosed learning difficulties? If your child’s ADHD behaviours are triggering negative reactions from you, other family members, or other children, it’s essential that you consider the impact this has on his self-esteem.

Not long ago, I worked with an eight-year-old named Billy. Clearly, he needed to be on ADHD medication, but his parents were wary about putting him on medication throughout the day. At their insistence, I put Billy on a drug regimen that would cover him only at school.

When we met again two weeks later, Billy’s parents told me that he was doing much better at school. But I discovered that there were big problems at home. Billy’s parents were yelling at him on a regular basis–to stop interrupting, to quit jumping on the furniture, to sit still at mealtimes, and so on. When I asked Billy’s parents to consider the effect their yelling might be having on Billy’s self-esteem, they quickly agreed to add medication coverage for evenings and weekends.

Consider what’s going on at school. If your child isn’t keeping up and feels like a failure in the classroom, find out why. Talk to his teacher. Is he having trouble sitting still, staying focused, and participating fully in class? If so, he may be taking the wrong ADHD medication–or may be taking the right medication at the wrong dosage or on the wrong schedule. (If teachers describe your child as hyperactive, distractible, or impulsive, his ADHD is probably not being medicated appropriately.)

Be sure to educate your child’s teacher about ADHD. Ask her to report back to you about any side effects your child might be experiencing, and explain to her how simple accommodations can help. Perhaps all your child needs is better supervision during unstructured times walking in the hall, during recess, and so on). Maybe he simply needs a little help refocusing when he drifts away in class.

Does your child struggle with reading, writing, or math, even though she’s able to sit still and focus during class? Consider the possibility that she has a learning disability.

For information about having your child evaluated for LD, go to LDAAmerica.org.

The importance of friends

As you work to help your child achieve academic success, see what you can do to improve her acceptance among her peers. Observe her as she interacts with them during free play, during structured activities, and in organized sports. Ask his teacher how he behaves in the classroom and on the playground.

Watch your child when he plays outdoors or when he invites a friend over (try not to be conspicuous). Is he too shy and fearful to be an engaging playmate? Is he too rough, or too retiring? Does she have trouble interpreting other children’s body language? Is she too distractible, impulsive, or hyperactive to play? Does he avoid sports because of poor motor skills or hand-eye coordination? Does she have trouble understanding the rules and strategies involved in team sports? In board games?

Once you have a sense of what your child’s specific social problems are, look for solutions. Maybe he needs a different medication regimen or social skills group therapy. Maybe she can try a sport that doesn’t require the same level of fine motor skills or hand-eye coordination.

Or maybe you can find a non-athletic activity he enjoys. It’s not easy to boost a child’s self-esteem. But if you can love your child unconditionally, and if you are willing to do a little detective work regarding peer and school problems, your child should begin to feel better about himself. Good luck! I promise you that your child will appreciate your efforts. 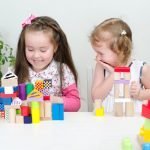